Strabismus is a scientific term for crossed eye, and I had a problem with my right eye turning in (esotropia) whenever I focus. I only realized I had this problem during secondary school omg. 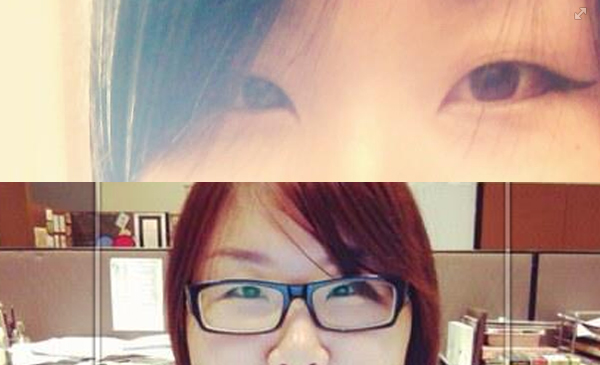 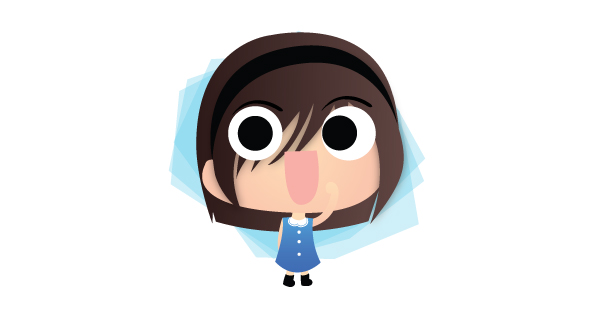 I hated looking people in the eye because my right eye turns in when I focus on that person’s face.

Problems stopped after I started wearing spectacles, as it was no longer obvious anymore. 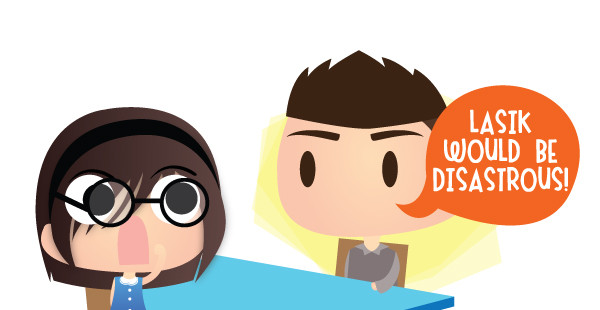 Fast forward many years later, I went for an eye checkup for Lasik surgery and the doctor told me that I am not suitable because of my strabismus. He suggested to fix it first, if I wanted to. I immediately light up, because I did not know that this can be fixed. He explained that strabismus occurs when our eye muscle are not working together, and some are stronger than the rest. 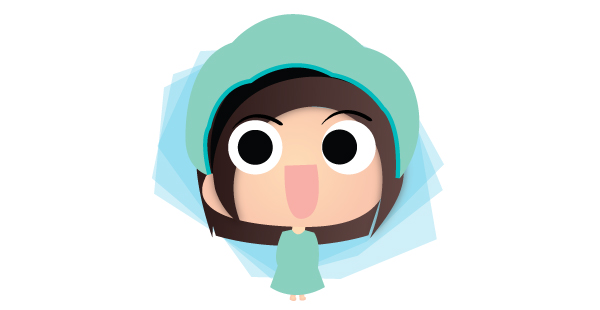 My surgery was scheduled at 4.30pm on that faithful day. Had a final blood pressure check, and they donned with me with a pretty surgery robe. 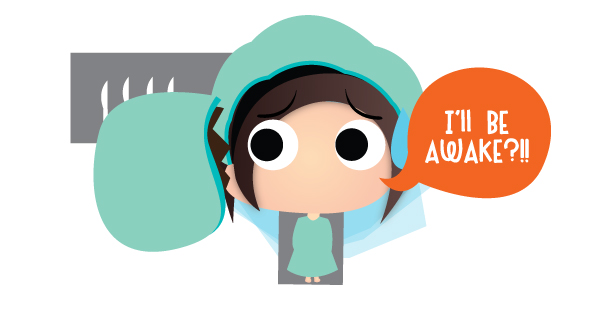 Dr Shin checked my eyes for one last time, and he said that I only needed surgery on my right eye although both of my eyes have strabismus. He gave a nod of approval to the nurses and I was told to lie down on the surgical bed. I was really terrified at first because I will be wide awake during the whole operation.

My right eye was numbed with some liquid, and a surgical cloth was placed over my head.

“Shit I am really doing this,” I told myself.

The slot was cut opened on my right eye and I saw the doctor and bright lights.

If you want to see the surgery process, click here hahaha.

I have myself to blame because I researched on the surgery procedure many, many times so I do know what is going to happen to me. Basically, to fix the weakened muscle, the doctor need to cut one small part of it, and then sew them back together.The doctor mumbled something and  I felt my eye was slit opened. Only the sensation was there, but not the pain. Phew.

“Look at the light”

I felt him pulling and tugging the muscle.

I felt him tying the muscle and moved on the next.

I felt everything although the pain was not excruciating. There were some part where I was really glad that my eyesight became blur and could only see the shadow of the scalpel that he was using.The nurse constantly poured some cold liquid, and it was really comfortable. I wanted to ask her to put more haha. As I daydreamed, suddenly the doctor said something to me.

“This part is going to be a little uncomfortable, so please bear with it”

IT WAS NOT UNCOMFORTABLE IT WAS PRETTY PAINFUL AHHHHHHHHHH. I had to held onto the railing of the surgical bed.

This is when I told myself, THANK GOD I ONLY NEED TO FIX ONE EYE!! 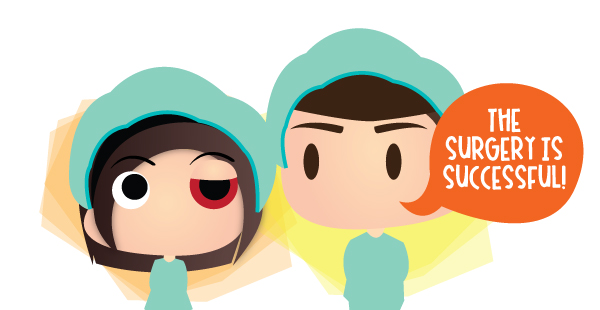 After almost 45 minutes, it was done!

“YAY!” I exclaimed in my heart because I could not speak anymore.

The moment I got home after the surgery, I didn’t want to open my eyes at all. It was so sore and swollen that my right eye shut on its own. T________T Took the medicine given, put some ointment and I went to bed with an eye guard. 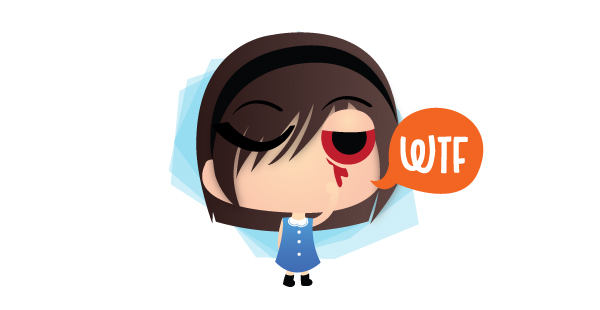 The first day when I woke up, I had blood trickling down from my right eye, and it felt like some horror movie. I was a little excited though wtf. 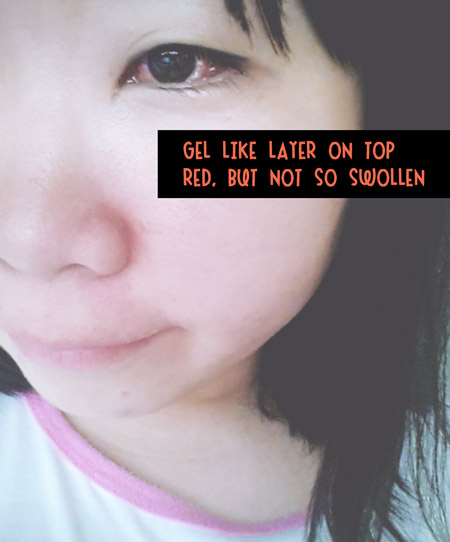 I could open my eyes fully in the second day. But as the days went by, it was getting better and better. The hardest part about the recovery is actually the feeling that you have something in your eye, and it was very distracting. But do not ever rub your eye!

It was  also very hard for me to look left or right, but I learnt to move my head instead, which is better because the muscle needs time to heal and any bigger movements might tear it again. 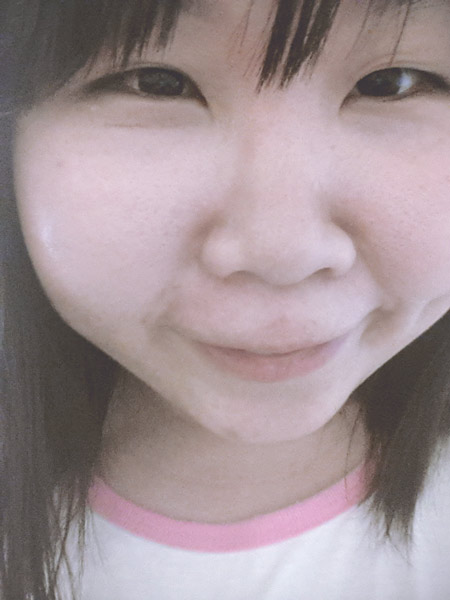 It has been 2 weeks after my surgery, and I am really glad I went for it. Went for a checkup this morning and see my eyes nao! But the doctor told me not to face the laptop or phone for a long time, as he’s afraid that the eye will go back to its natural position for at least 3 months. T________T Yup so this is it. Crossed eye can be fixed! I hope I can talk to you guys with eye contact in the future yeah? 😀 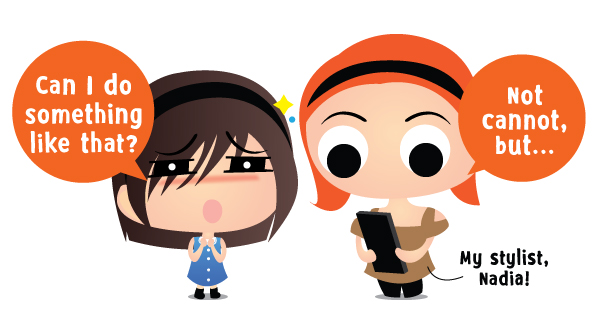 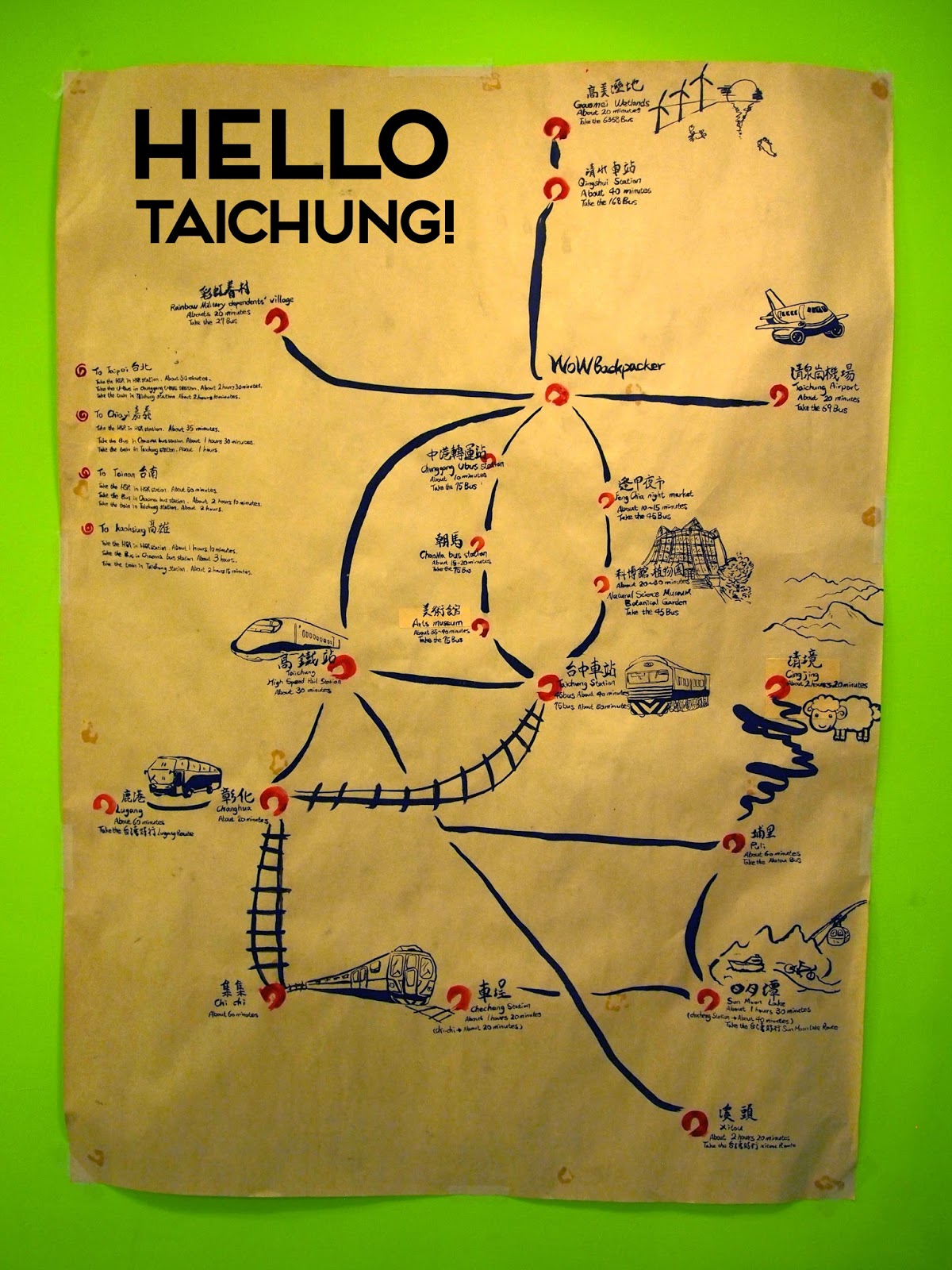 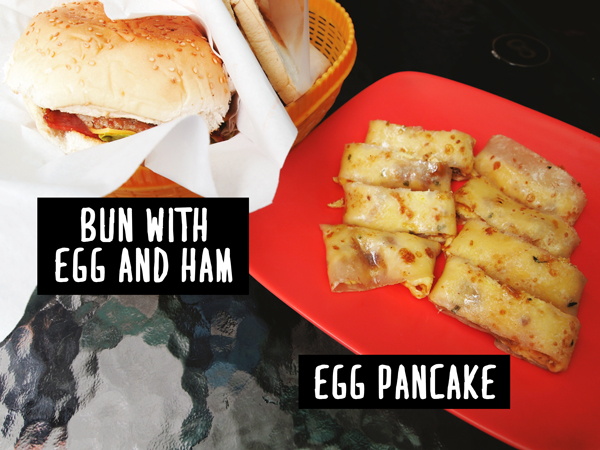 Next Post (n) Terrific Taiwan: What To Do In Taichung If You Have Very Limited Time