The very same day after landing in Singapore, I went to Universal Studios Singapore located at Sentosa! 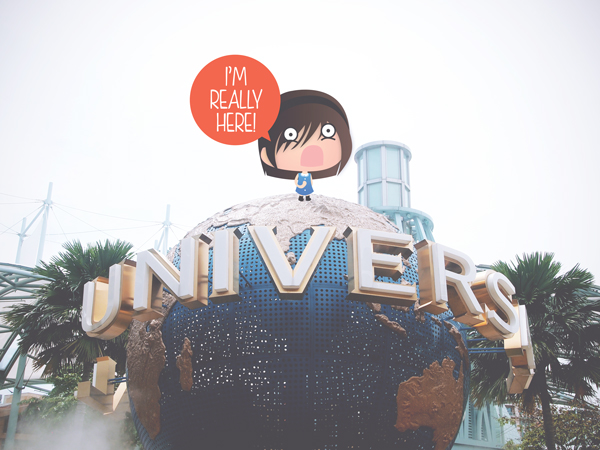 The iconic Universal Globe! I was literally flying when I saw it. 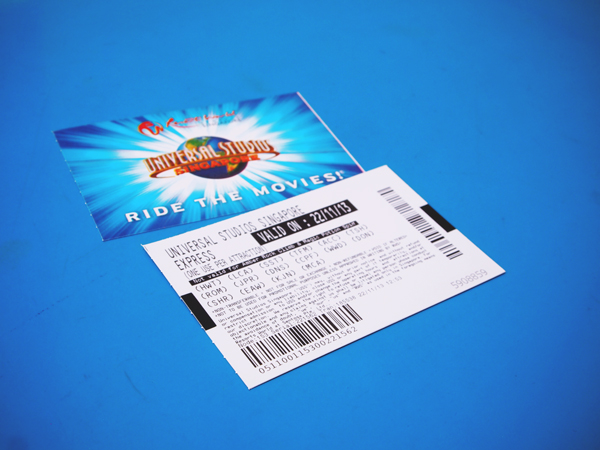 Was very lucky because #YourSingapore gave us express pass as well! No queues yay! Express passes starts from SGD30 and on that Friday, it was SGD50. I think on weekdays it will be cheaper so plan your trip wisely heh. 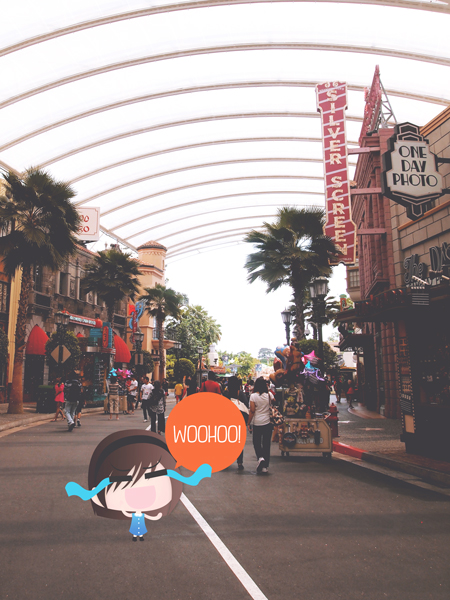 The moment you walk in, it’s a different visual experience altogether.

Characters are running around, fun performances from time to time, and really beautiful buildings that I am really fond of! Everything in Universal Studios Singapore is like a work of art!

The amusement park is divided into seven zones:

And behold, here is Chee Ching’s guide to the best rides in USS! 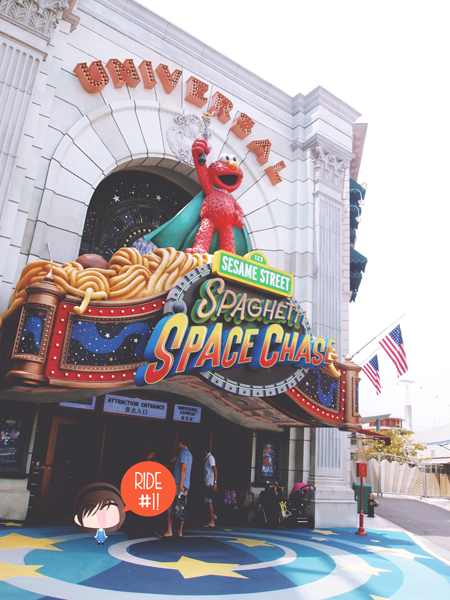 Located at New York Zone, this ride is really beautiful. Basically, you are on a mission with Elmo and Super Grover to stop Macaroni the Merciless from stealing all the spaghetti from Earth! I really enjoyed the ride as it is very magical to me! It is a combination of both light effects and wonderful props from the Sesame Street world. 🙂 Street characters. 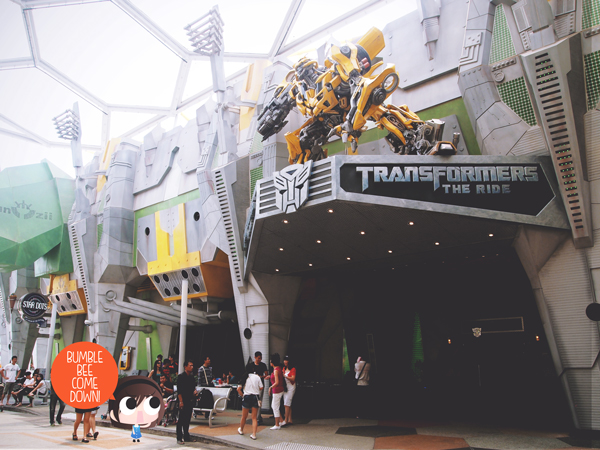 This is one of the coolest rides ever! Ever! Ever! 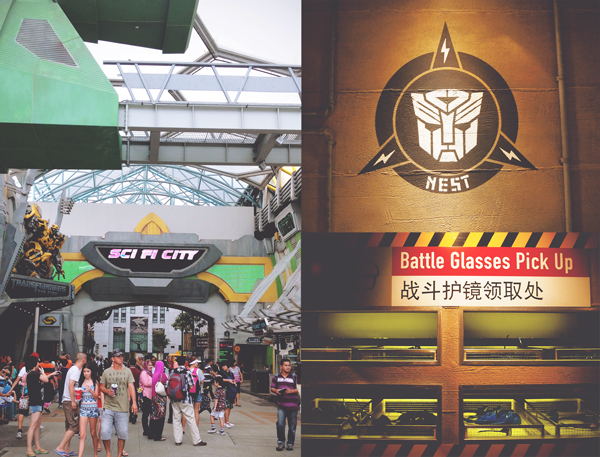 Located at Sci Fi zone, is a journey where you join Optimus Prime and the Autobots as a freedom fighter to defend Earth from the evil Decepticons! 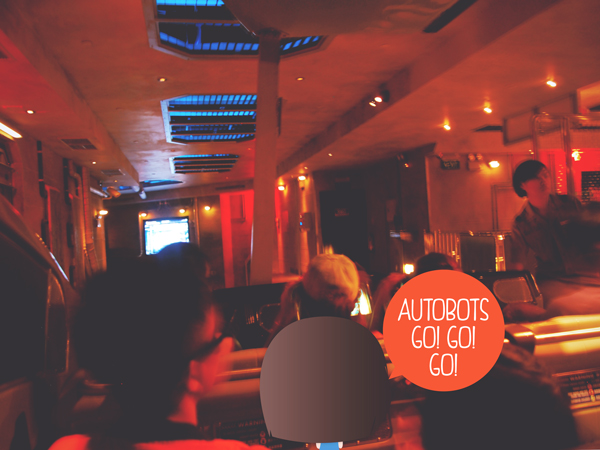 The setting is you will be seated in the car, and race around the city to avoid the Decepticons from killing you, and somehow still manage to help the Autobots! 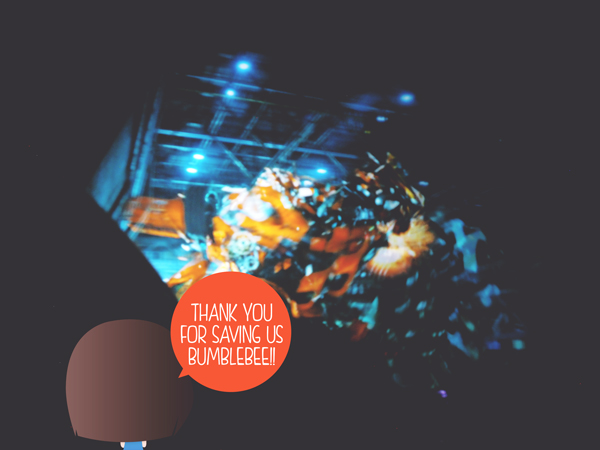 Here is when Bumble Bee saved us from the bad guys!!

Seriously best ride ever. I would go again. 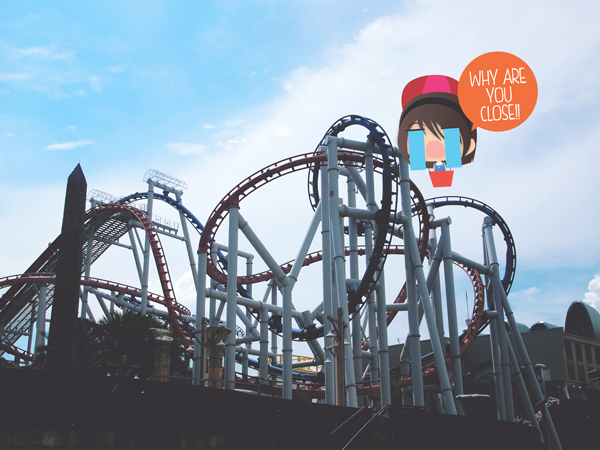 Ride #3: Revenge of the Mummy! 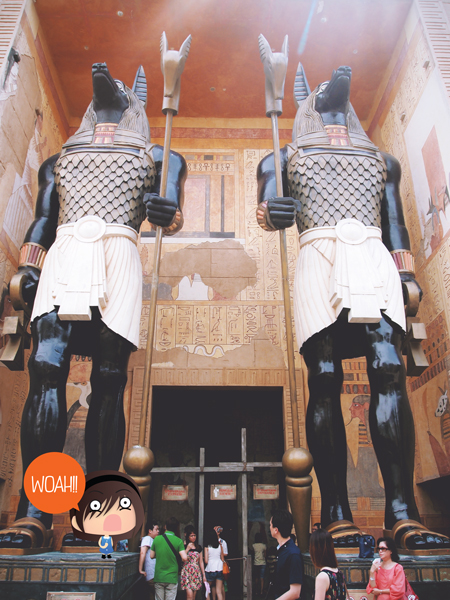 Just a short walk away from the Sci Fi zone is the Ancient Egypt zone jeng jeng jeng! You will be greeted with 2 giant ancient creature. This is also the entrance for the Revenge of the Mummy ride which is super fun, albeit a little short in my opinion. 🙁 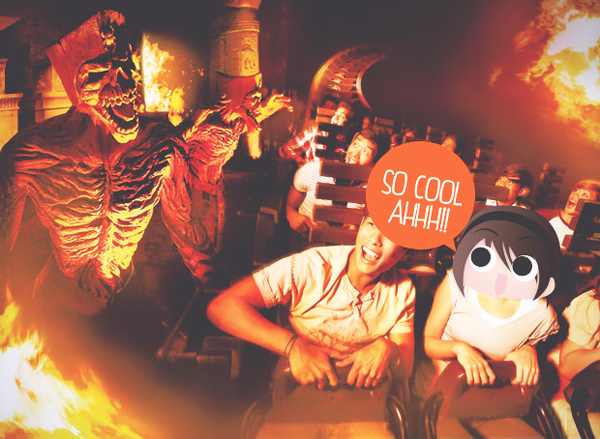 This ride is also quite epic because it’s high speed indoor roller coaster, and we must escape Imhotep’s (An evil god) curse! The fire in the above picture are real, as there were real fire and at one part of the ride, you can actually feel the heat. Fuah! 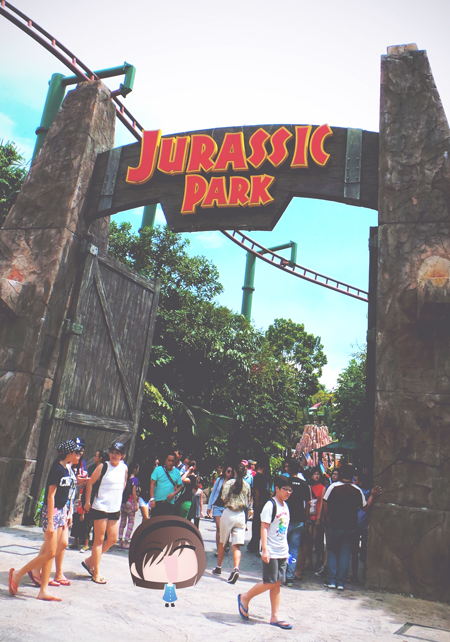 After Ancient Egypt, go to Jurassic Park for some water ride! 😀 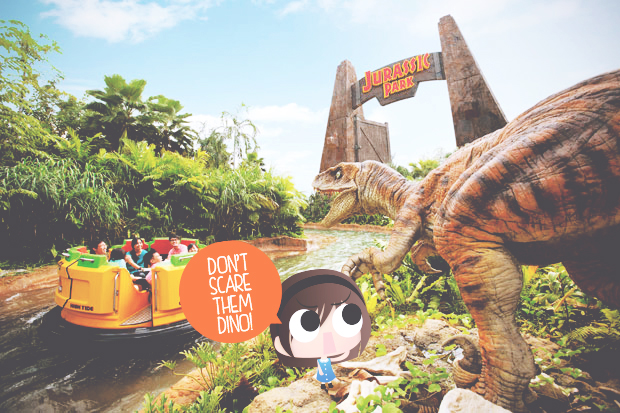 The gist of the ride is that you need roam around Jurassic Park, and dinosaurs have escaped! You need to survive the ride to escape the dinosaurs! The best part of this ride is the unexpected darkness and drop, but I’m not going to spoil you hehehee. 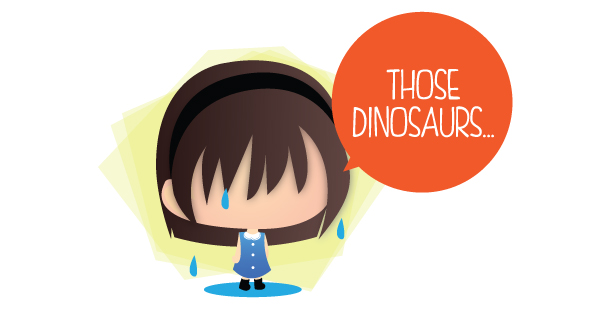 Yah you will get wet.

And before you go to Far Far Away land next, remember to pay this dinosaur a visit, just don’t get eaten by him.
I didn’t know that there’s Amber Rock Climb that we can climb a wall of fossilized insects and precious stones! Arghhhhhhh!

From afar, you will be able to spot Far Far Away world. I already feel the Princess in me coming out as I walk nearer to the entrance. 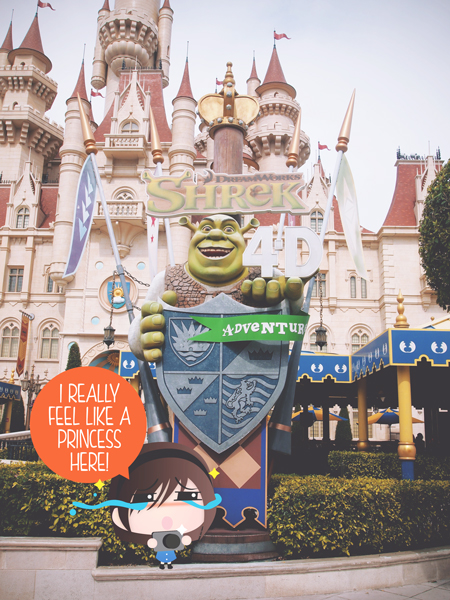 I’ve never actually have high expectations for 4D movies but I’m glad I went for this one. Inside the amazing Castle Duloc, lies the 4D Adventure where we need to save Princess Fiona from Lord Farquuad’s ghost in a fairy tale adventure! 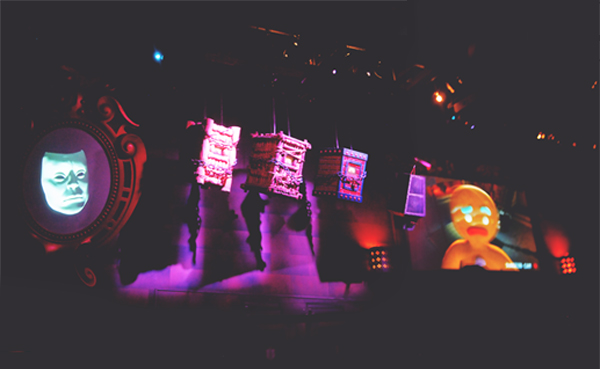 We were ushered into the dungeon, where the 3 little pigs were caught by Lord Farquaad! They told us to escape but we could not! What are we going to do? 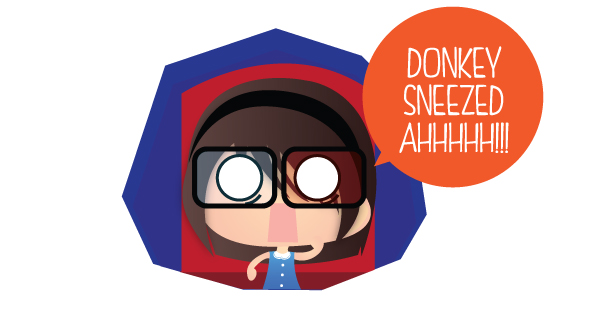 We were then treated to the 4D show at their humongous auditorium. My most memorable scene is when donkey sneezed, they sprayed water at us. Arghhhhh.

And as you trot along to the Madagascar zone, you will see this! Another water ride! 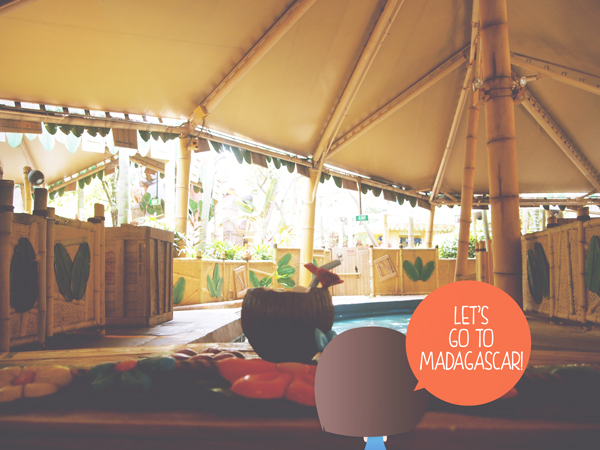 You can have a coconut on your boat as you enjoy the ride. Haha. 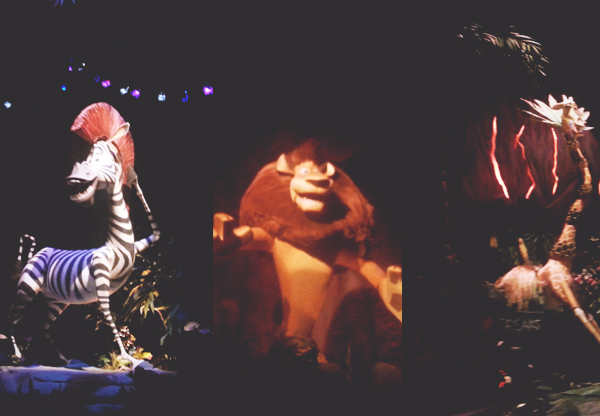 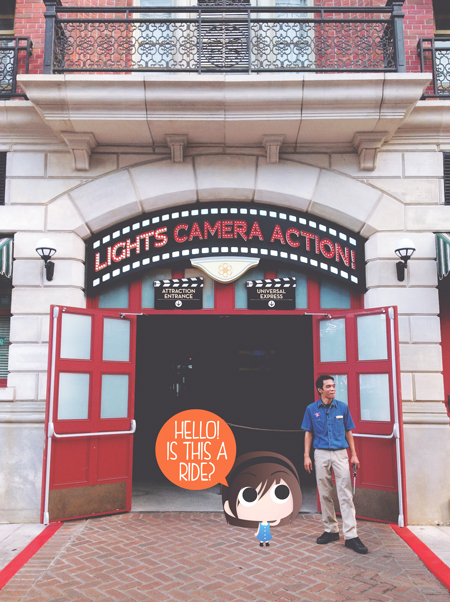 We stumbled upon this ride in New York zone accidentally as it didn’t look like one, but boy was I glad we went for this. 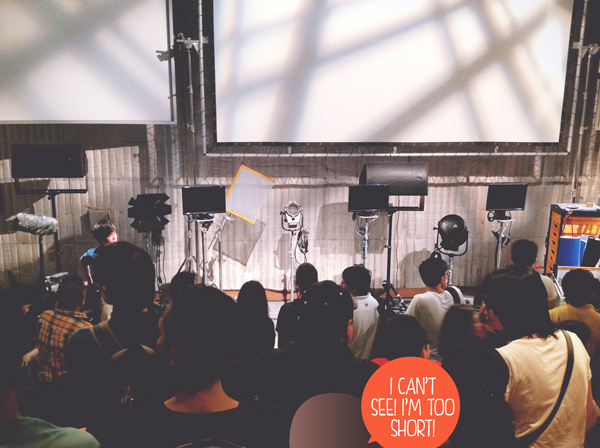 Lights! Camera! Action! starts with a short introduction video by Steven Spielberg on how special effects have evolved throughout the years. Then we were ushered in to a set where we watch a Category 5 storm unfold right in front of us! Please view the short clip below for a short snippet of the ‘ride’. Unbelievable real!

So cool right! Imagine so many things happening in just a small set. And the best part is at the end where to boathouse actually restore itself to its original state at a short period of time. Very amazing experience! 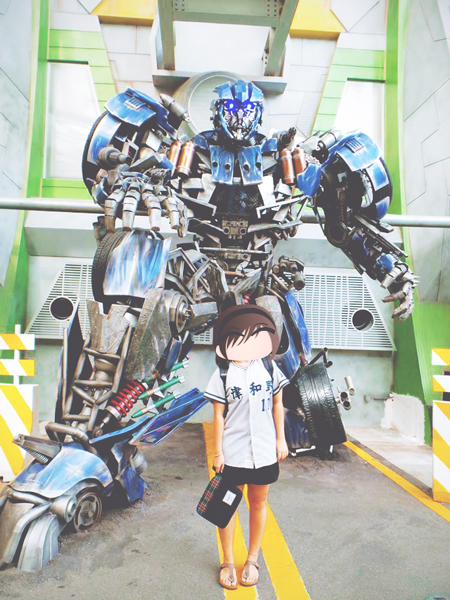 I had to take a picture with this.

In summary, Universal Studios Singapore is very, very fun! Each ride is crafted and tells a story, even the roller coaster which made the experience so enjoyable! 😀

Next Post (n) #YourSingapore Day 2: Four Places to Eat In Singapore If You Have Only One Day