After adorable pandas, we then adjourned to Jing Xiang Zi (井巷子) Alley for lunch! This alley is part of the two historical alleys in Chengdu I felt like I stepped way back in time into the ancient China days where we wear traditional outfits! 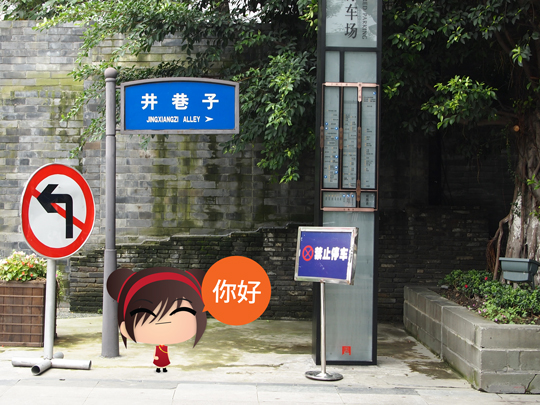 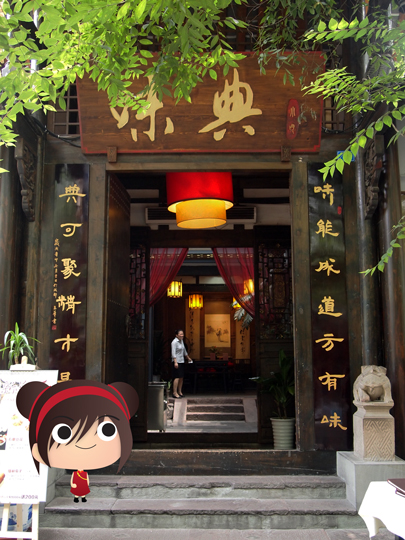 Lunch was at ‘Dong Ji’, one of the restaurants along the alley where we were served FREAKING A LOT OF SZECHUAN CUISINE. I am not exaggerating. T_____T 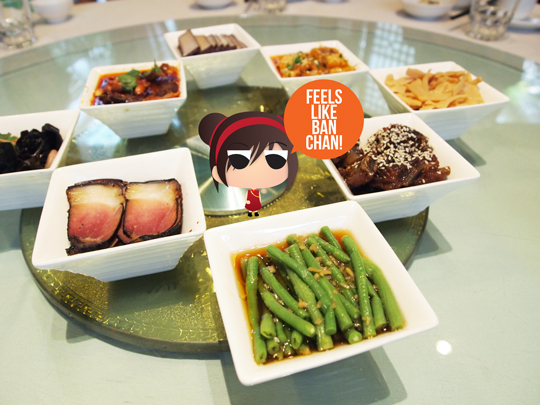 O hey! It feels like Korean side dishes as well. Little appetizers to start the meal. 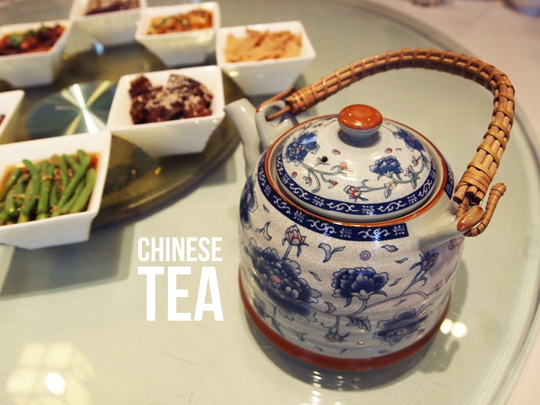 I’m not sure if it’s only in Chengdu, but I felt like there’s no system when it comes to serving food. Desserts come in the middle of meal here. D: 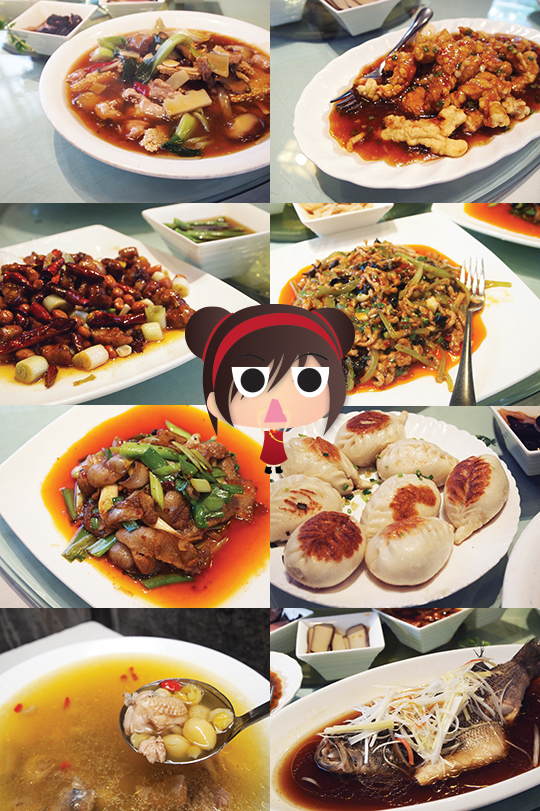 Chengdu is considered one of China’s food possessed province and is famed for its Sichuan cuisine, and it is all quite spicy. To me it is a little oily, and I really think it depends on the chef as well. I am also not sure why the soup have no taste. D: 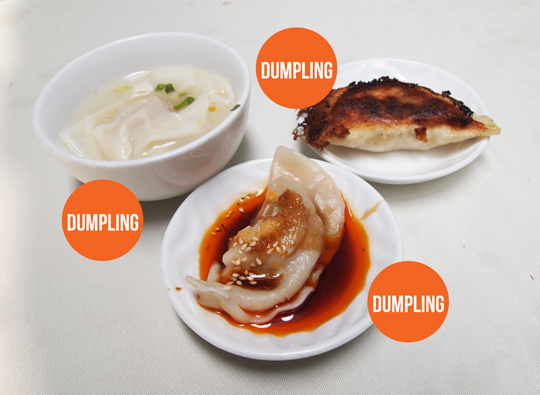 Besides main dishes, we were also served small dishes like these. SO MANY DUMPLINGS HAHAHA. 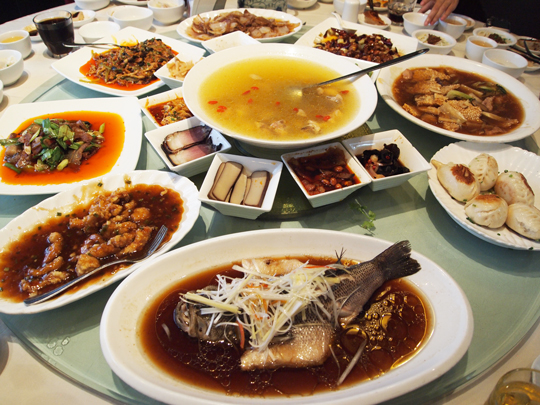 Look at our crazy table omg! 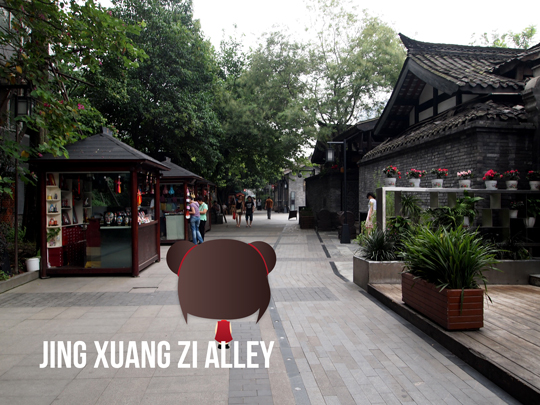 Needless to say, I couldn’t eat anymore halfway and thank god we had some time to walk around the alley! 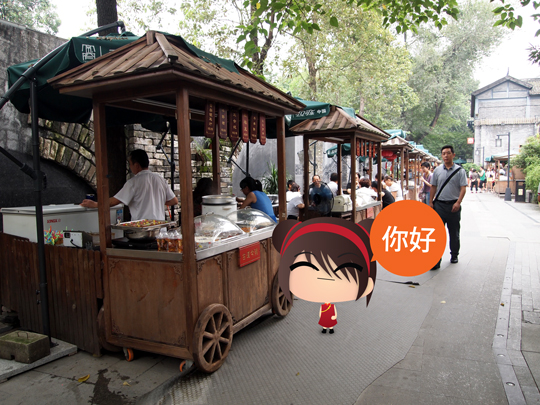 Along the alley there are many stalls selling traditional Chengdu and China street snacks! 😀

Plus, there’s many stalls doing traditional Chinese art as well, such as this candy art! 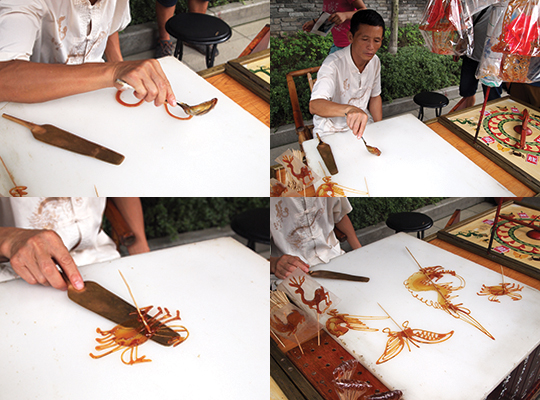 All we have to do is just pay RMB10, spin the wheel and he will create whatever that is chosen on the wheel. 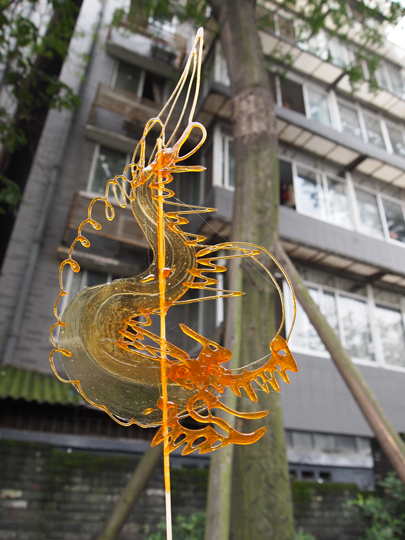 We specially paid RMB20 for a dragon. Such a sucker for dragons. Haha.

After that, we moved on to Shu Brocade and Embroidery Museum to witness how silk are made, and boy was it taxing. Silk has been a pride of the Chinese culture and it has a great symbolic meaning to the country. Basically you need two person manning the silk with a weaving machinery to make it into a lovely piece of fabric. 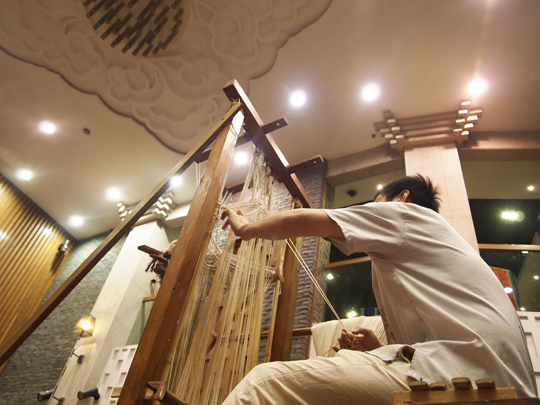 My memory sort of failed me, but if I’m not mistaken the one on top will sort out the silk in accordance to color so that the person below… 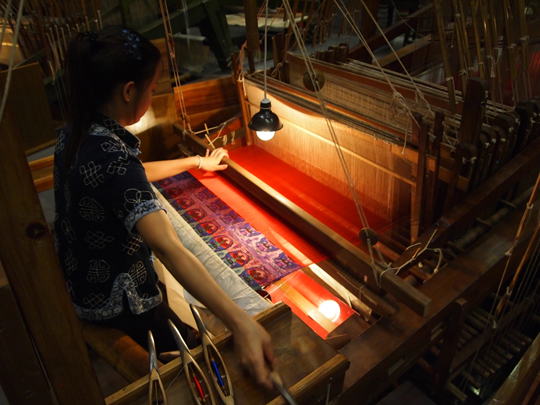 … are able to use the colors to create a design on the graphic.

I touched a few of the fabric, and I want a cheongsam with it! But it’s gonna cost so much so I don’t think I can afford it either. :'( 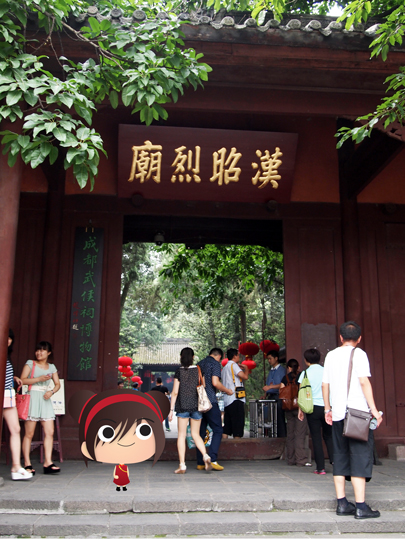 We then paid a visit to Zhu Ge Liang at Wu Hou Shrine (Memorial Temple of Marquis Wu) the amazing Chinese warrior and strategist back in the days. 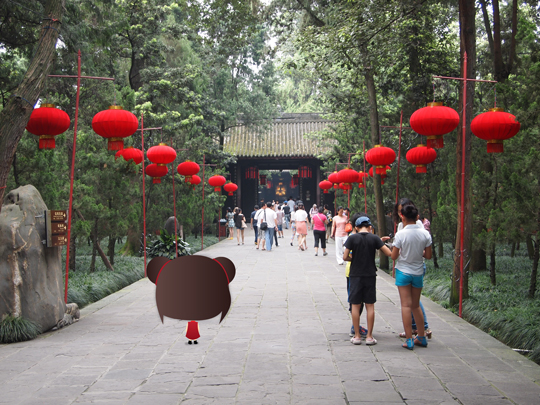 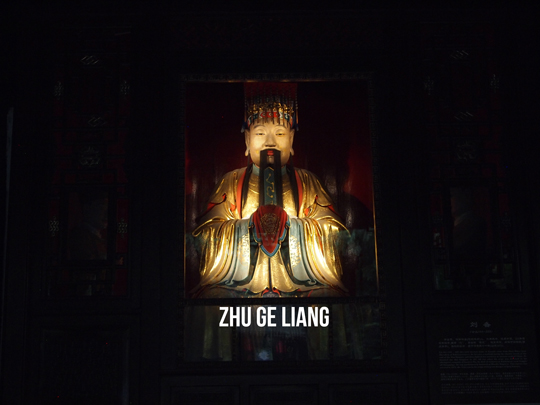 O hai Zhu Ge Liang! I know about him because of the game Dynasty Warriors lolol. 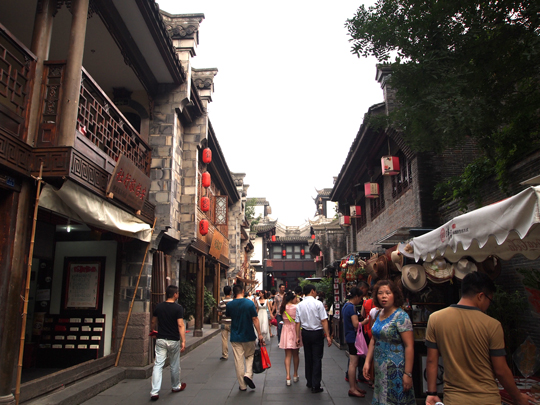 Right outside the shrine there were many activities going on, and stalls selling various street snacks and games. It felt like a mini street party. 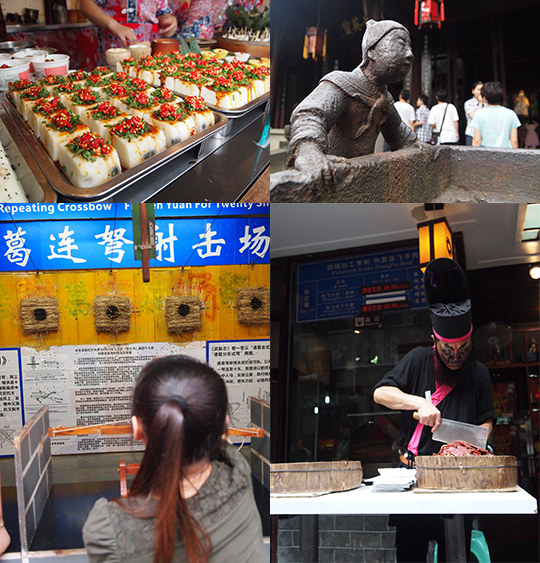 There were also traditional Chinese archery and a really cool man cutting bak kwa as well. 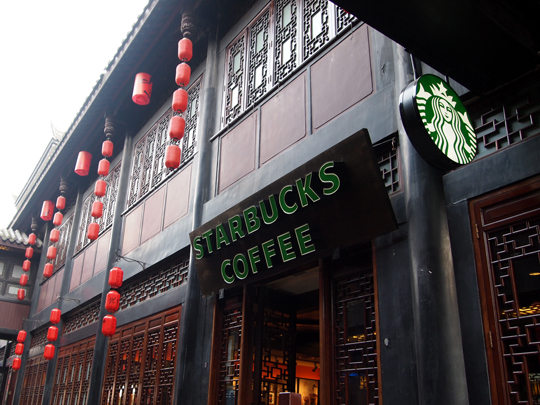 After more walking, we headed for dinner and it was another round of many, many dishes! 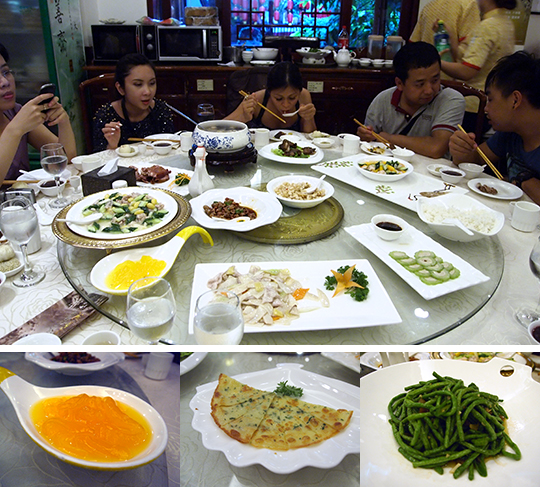 I enjoyed these the most: Aloe vera, long beans and a simple green onion pancake cause I preferred something less oily and flavorful.

At night we went to watch a cultural performance (which includes costume changing yo!), but I’m gonna combine it with another amazing performance I’ve watched in another post okay? 😀 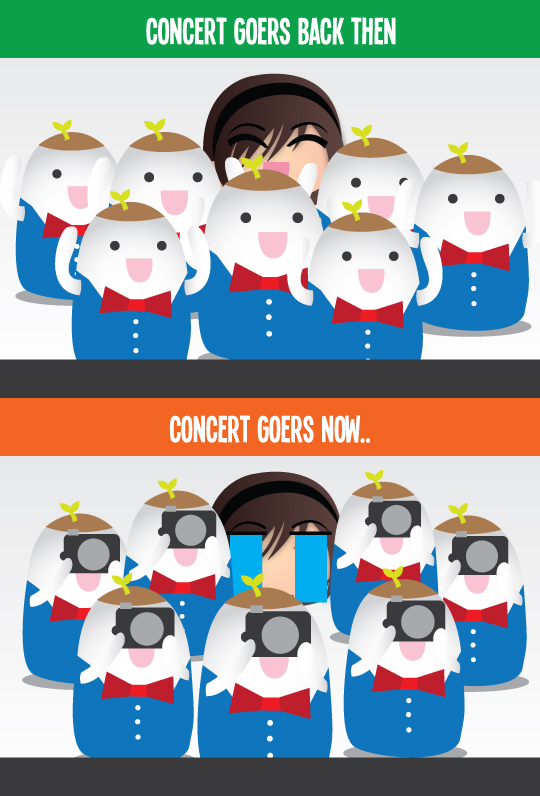 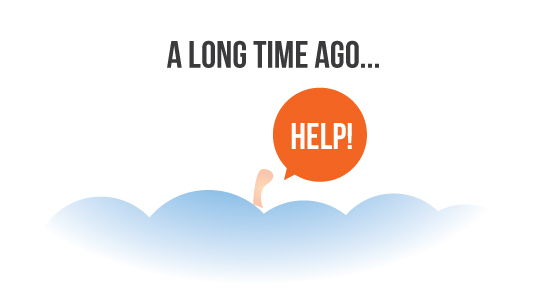