I think HI Banff Alpine Centre is one of the prettiest hostel ever. 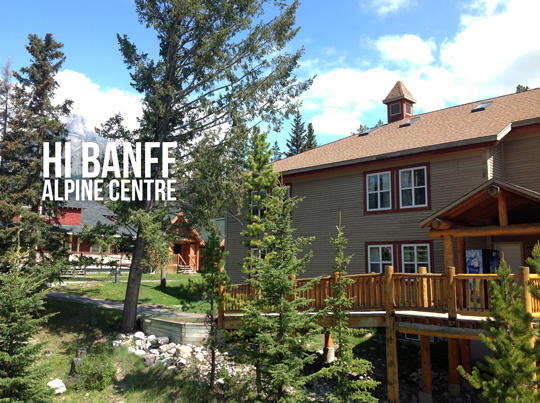 It has so many greeneries surrounding the hostel which were so pleasing to the eyes. 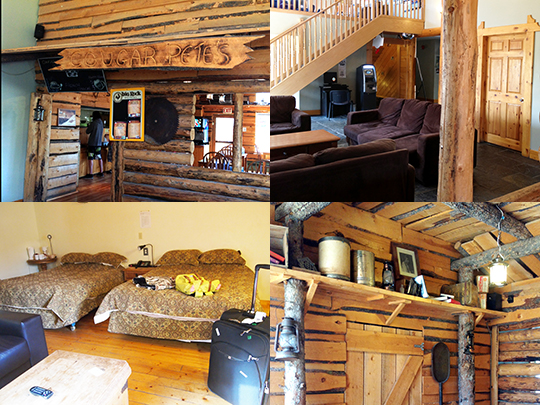 The interior is super cozy as seen above. 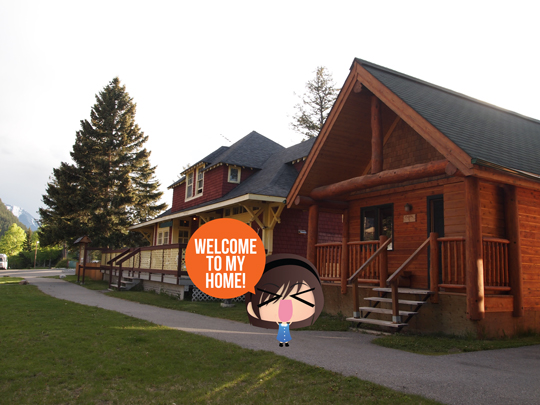 And this was my cabin for a day. I wished it was longer though. Haha.

Hi Banff puts a lot of effort in conserving energy and efficient waste management. They also make sure that the supplies that they get are all environmentally friendly, and they recycle as much as possible. Kent, the general manager explained to me on the steps that they are taking, and I find it really inspiring! If I’m not mistaken, the next step is to actually implement a paperless system to reduce wastage. 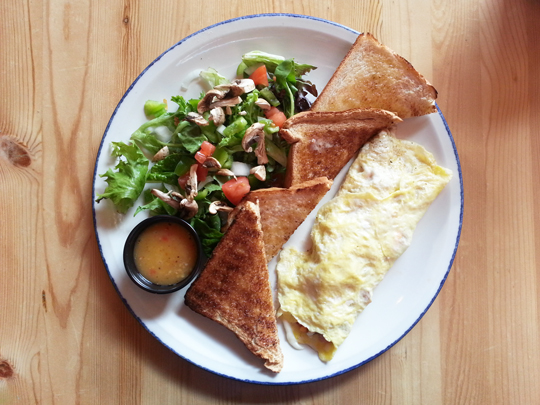 I had my breakfast at Cougar’s Pete before meeting Anthony for our activities around Banff! 😀 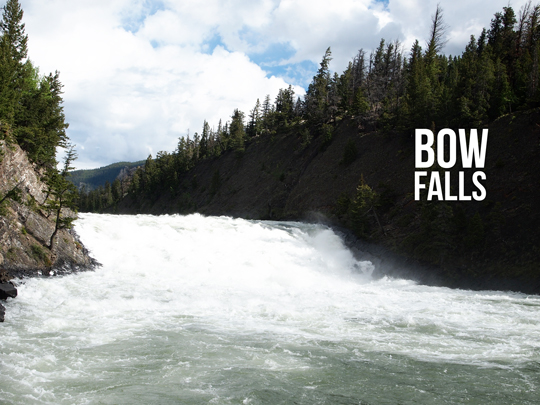 We stopped by Bow Falls to snap some pictures first before heading to rock climbing! 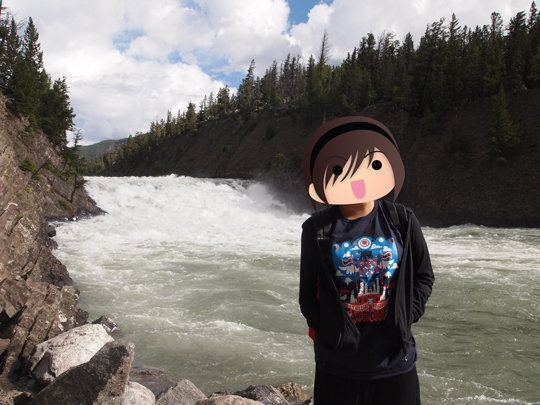 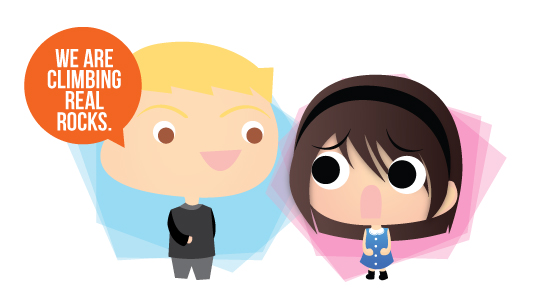 When Anthony told me that we are going to rock climbing, I expected those man made ones, but no we are climbing real rocks! So I was really scared but excited at the same time! 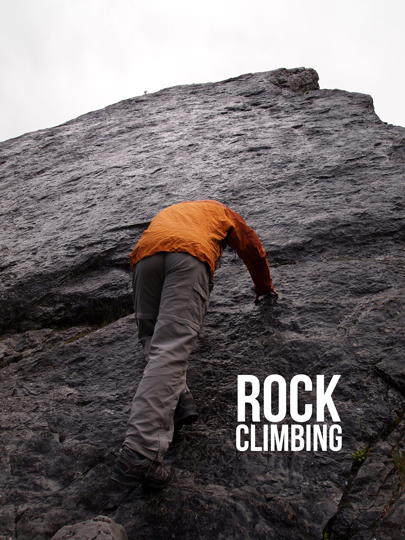 But it rained when we got to the place and it can’t be done because it was too slippery. T_________T 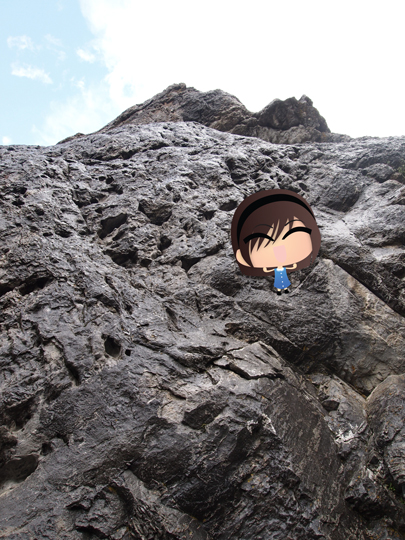 If only it’s that easy haha. 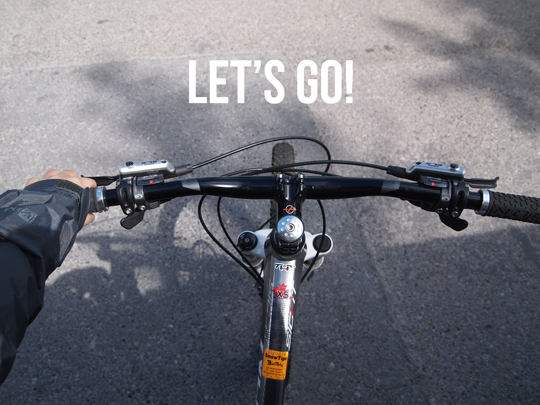 But then, we switched to mountain biking instead! 😀 Headed to BaxTrax in Downtown Banff to rent my bike and off we went! 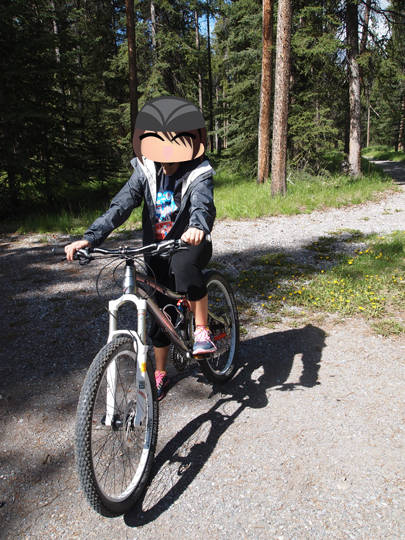 The route for the day is to cycle all the way to Hoodoos walkway from the hostel! 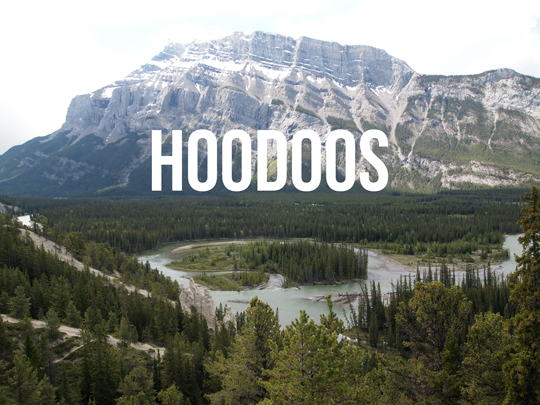 Hoodoos are formed by the wind and water and is protected by a hard cap of rock at the peak. 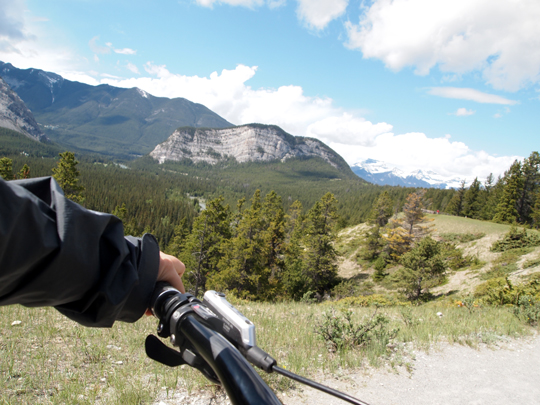 I really love that everywhere in Banff and Lake Louise, you can see greeneries and mountains. I would definitely want to be here again!

After lunch at the hostel, I then went on straight for white water rafting with Inside Out Experience! 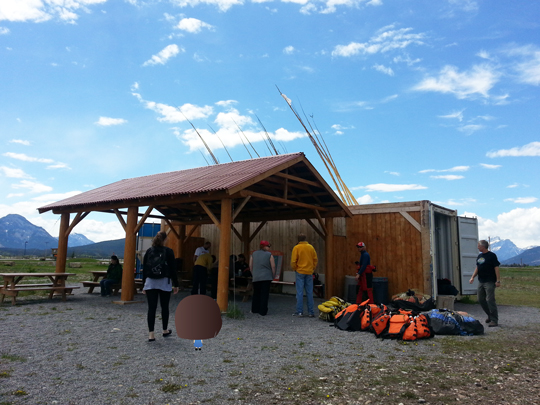 This is where we get into our wetsuits and get briefed before we head to the Horseback Canyon for the rafting experience. Unfortunately for me, the only tour available on that day are the most gentle one because it caters for families. :'( 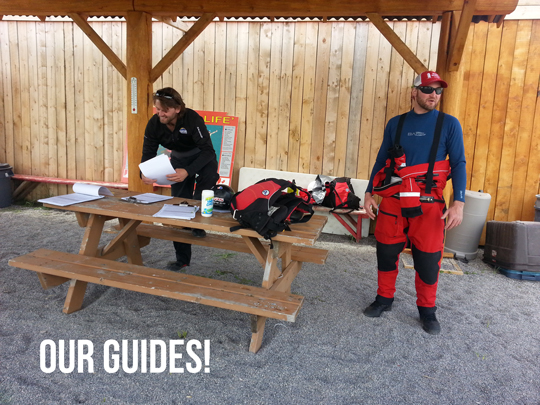 Our wonderful guides for the day who tried their best to keep us entertained throughout the ride.

The wetsuit is super warm! ^_^

I don’t have pictures of the whole tour, but it was a very gentle ride so I was kinda bored of it. But the best part of it was jumping into the super cold river! That sudden feeling of exhilaration was really awesome hehehe! 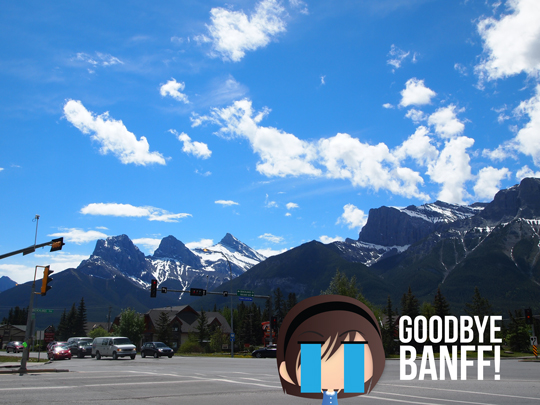 After the ride, it was time to say goodbye to Banff and Lake Louise! I am still missing the place even now. T___________T I then spent the night at HI Calgary City before the morning flight to Toronto the next morning.

I really enjoyed my time in Alberta, thank you to HI Hostels at Lake Louise, Banff and Calgary for being such good hosts, and of course to Anthony who really took care of me those 3 days! I will definitely return if there’s an opportunity!! 😀 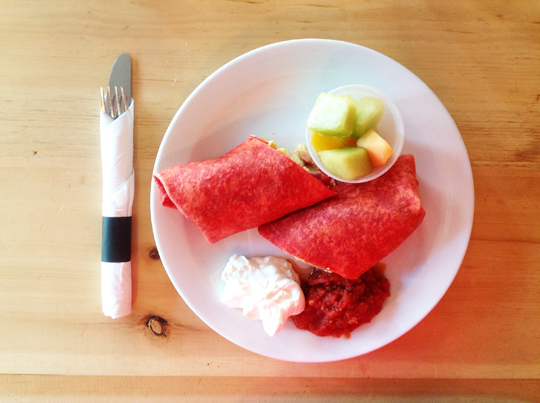