After a fun filled day with killer whales and Victoria, I went to Vancouver Art Gallery for an exhibition called the Grand Hotel: Redesigning Modern Life.

Vancouver Art Gallery is founded in 1931 and it is the fifth largest gallery in Canada. The current building used to be a provincial courthouse. 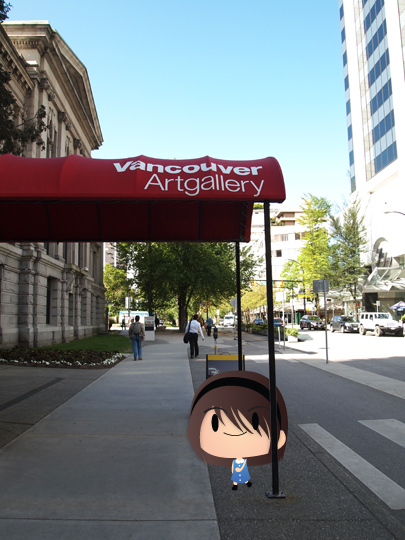 Basically, this exhibition is about how the evolution of hotels from an isolated and utilitarian structure to a cultural phenomenon today. It runs till 15th September, so if you’re around Vancouver, do drop by! 🙂

The exhibition also explains on how the idea of hotels first came about. Hospitality was needed to cater to human traffic who is in the trading and forms of temporary settlements were created. It has then evolved to what we call hotels today.

This is me learning about how Hilton came about. I find these really intriguing as hey, I never thought about the origins of the term hotels at all! 😀 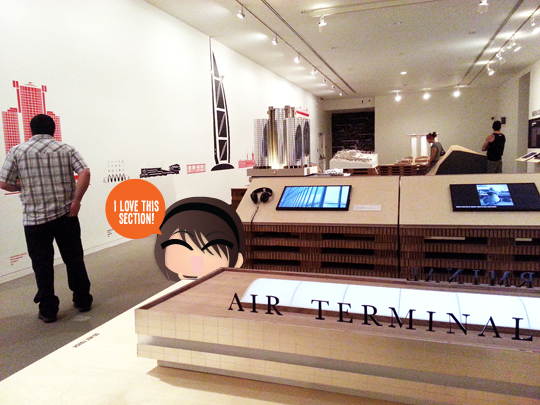 There were also a section where famous hotels around the world were made into miniatures and boy, were they amazing. 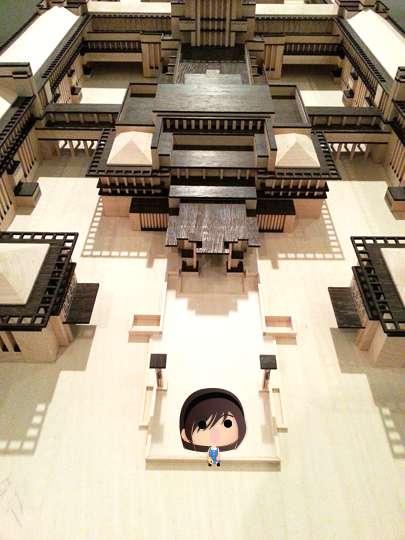 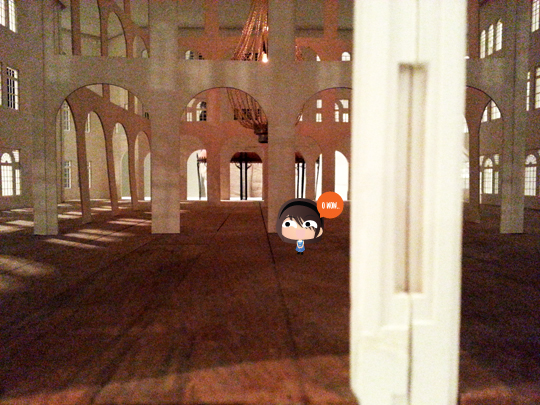 This the Raffles Building in Singapore. They actually fitted the chandelier inside omg. 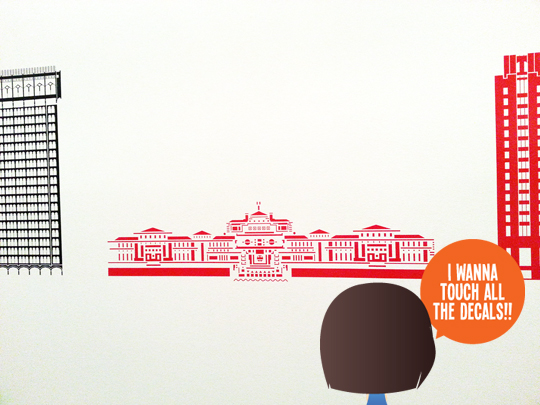 Walls were decorated with hotel decals. I really felt like touching them all but I don’t want to be someone who had never seen a decal before. T_____T 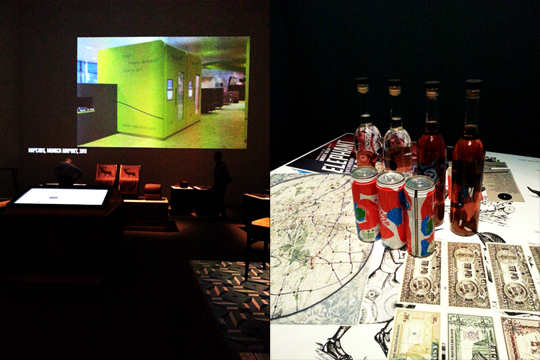 Memorabilia from the different hotels from around the world. They are so pretty! T_____T

To be honest, I sort of skipped some sections, but in overall, I enjoyed myself looking at the intrinsic and meticulous items that were exhibited. So much thought have been put into the whole exhibition and I kudos Vancouver Art Gallery for it.

After the exhibition, I explored Vancouver for one last time. 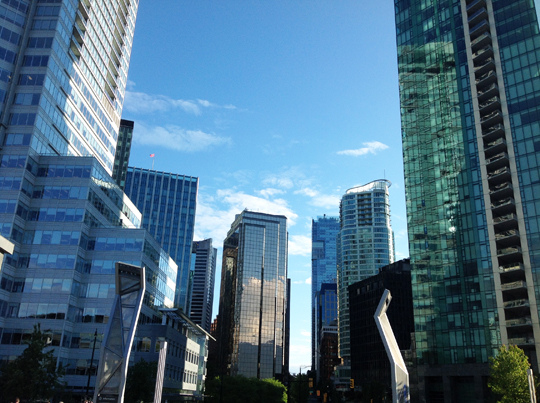 Do you know that Vancouver is called the City of Glass because of these buildings? 😀 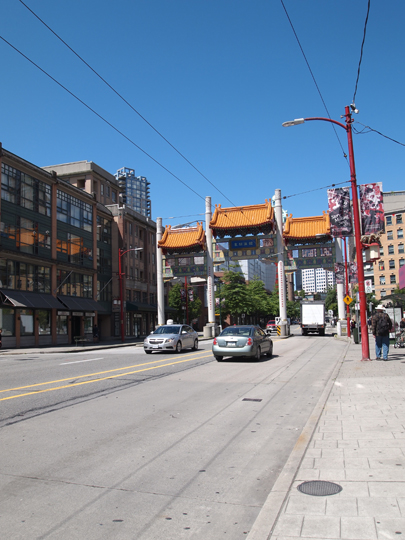 Chinatown which I got lost finding it.

In one of the dodgier areas of Vancouver.

I then spent the evening in Starbucks just finishing up my pending works so I can continue the trip without things in mind. And after 3 days of western food, I’ve decided that I need something Asian! 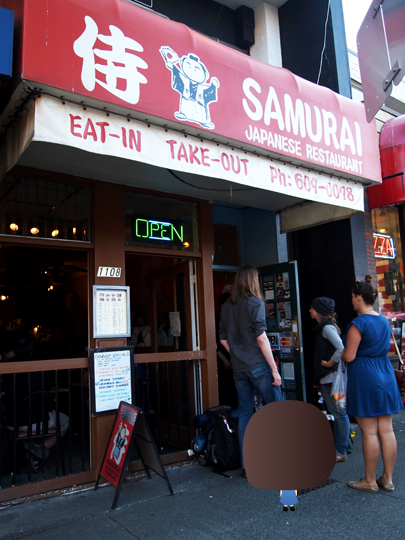 And tadah! I saw people lining up outside the shop, and I’ve decided, it won’t be that bad right?

This is my Beef Teriyaki with Atlantic Sushi set with costed only CND8.95. T__________T The portion is so huge that I had to take away the sushi for breakfast the next day. 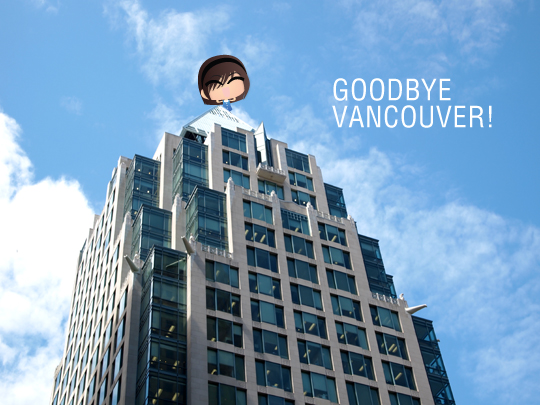 If I would to ever go to Canada one day, I would probably stay in Vancouver as it has both the nature and city life. I also really like to walk around and the layout of the city is perfect for me. Now, anyone wanna hire me? 😀

Next post, let’s go to Alberta okay? It is going to be filled with mountains, lakes and nature! My ultimate favourite! 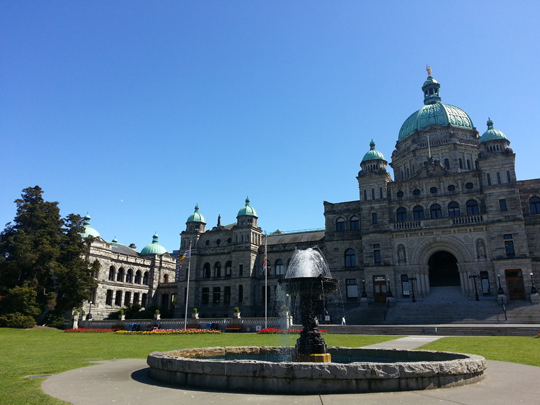 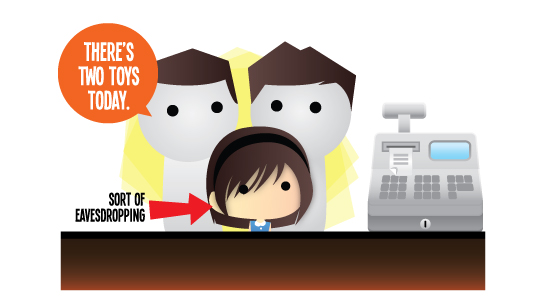